No matter where you look, whether on TV or in schools, offices, stores, hospitals, churches, libraries, restaurants, banks or in the military, the judiciary, the political realm or on the public streets, you see thousands of radical, second-wave women who do not take their serious jobs seriously.

I for one, am so sick of the unprofessional, giddy, female, high-talkers who are crawling all over this country’s once illustrious institutions, giggling and chatting their way through the work day. Why don’t they take their responsibilities seriously?

I find this ridiculousness especially annoying on TV, because all of the serious issues of the day are routinely discussed there. And yet, if there is a woman included in the discussion, (and it doesn’t matter if the show is about the serious worlds of finance, healthcare, education, business, religion, military, politics, natural disasters or even war), that dizzy dame insists on “light-heartedly” presenting her smiling opinion. And, just  to make matters worse, she inevitably delivers it wrapped in some sort of bouncy body language.  What’s up with that?

What happened to seriously addressing serious issues? Unfortunately, even the male co-hosts get wrapped up in this silliness, as they bounce along with the women, giggling and laughing as well. Get a grip! Are they serious adults, or just big kids?

This sort of behavior typically happens when men and women interact.  By nature, they rightly get happy and sometimes even silly. And that’s fine, if they are out on a date or home having dinner. But when it’s displayed on a serious, nationally televised show, a show about the serious issues of the day, it becomes, not only inappropriate but, downright annoying.

Women are, by nature, not serious. Women are, by nature, cheerful. And that’s a good thing when applied to family, home, neighborhoods and community living, all of which were created for, and around, women’s needs and natures . But, this perpetual state of cheeriness looks ridiculous when applied to the serious worlds of business, military, organized religion, politics, hospitals, education, finance and government, all of which were created for, and around, the serious natures of the institutions and of the serious men who created them.

Christian men have always understood the potential dangers, presented by other men, to their way of life. And to this end, they stood guard. This threat is more ominous today than at any time in recent memory, as our Christian way of life,  is under attack both locally and globally. Christianity, which is the foundation upon which Western Civilization was created and upon which democracy and capitalism have flourished for the benefit of all Christendom, is under perpetual assault. Without Christ’s steadfast guidance, and strength, men cannot uphold the obligations required to sustain the American Dream. 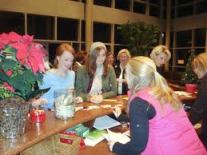 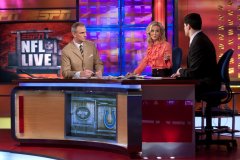 And, just as unfortunately, the working women are now interfering with the ability of serious men to band together to protect all of our institutions from the destructive forces lurking in the shadows because they remain cheerfully oblivious to the dangers.

Women do not, nor will they ever, understand the serious side of America’s illustrious institutions, Christian institutions that invisibly protect them from evil of all kinds. The serious and dangerous aspects of maintaining the infrastructure necessary to protect them from fiscal, economic, spiritual, political and personal calamity.

These institutions were created by serious men with serious responsibilities. Men who were willing to unselfishly sacrifice themselves  to sustain the moral and ethical tenets of the Christian ideology that propelled them forward in their struggle to perfect those institutions for the honor and glory of God. Men who took a sacred oath to maintain certain standards of good behavior in order to assure the continuation of those vital institutions, thereby guaranteeing Americans the highest standard of living in recorded history.

Trivializing the importance of these institutions by employing giddy girls to represent them is dangerous. Their presence demeans the institutions, the challenges they face daily and the men who sustain them. And the foolish, radical, second-wave feminists, who promulgate the giddy, cheery, oblivious “feminization” of these institutions through their employ, will leave them vulnerable to attack from both within, and without, those fortresses. No one, especially our enemies, will take them seriously or consider them a threat.

These powerhouses of serious men are slowly being eroded away by these undisciplined females, who are incapable of taking anything seriously. Without the male gatekeepers, each and every one of these institutions is at risk of eventual collapse, while the influential, giddy girls, obliviously leave the gates unlocked to assailants who patiently wait in the shadows to attack the unprotected realm within those open, unguarded gates.

THE END It’s the Women, Not the Men!

8 thoughts on “Short Essay – Why Do Men Take Things Seriously and Women Don’t?”