I find it astounding that non-Christian, radical, second and third-wave feminists spend ALL of their time, going out of their way, to prove to the world, that the old stereotype about women being, good-for-only-one-thing – SEX, is true!!

The most recent example of this irrational reversal of course, and away from the Christian view of women, has been in connection with the book, Fifty Shades of Grey.

For those of you who are unfamiliar with the story line, it is basically about a single, 30-year-old rich guy having lots of sex with a single collegiate, who is, supposedly, 22 years old and poor, although her speech, virginity, inability to operate a computer and imaginary friend exposes her to actually be 12 or 13!

Now, unfortunately, that won’t shock many people today, but what should shock people, especially women, is the glorification of child pornography AND the depraved level of sex these two individuals engage in, including sadomasochism.

But, be assured, (with or without this detailed knowledge), the book is NOT, (as the demented people who wrote, sold, produced and directed the upcoming movie claim) a love story. Nor, as they also claim, is there any connection between Christian Grey from E. L. James’s Fifty Shades of Grey and Fitzwilliam Darcy from Jane Austen’s Pride and Prejudice!!! The comparison is totally absurd.

Now, what should shock most civilized people even more than the depraved sex, is the fact that, the five principle players in the production and publication of the book, and the movie, are all women!

The female author has just recently come out from behind the pen name she chose, to hide her identity from friends and family, as she wrote her pornographic book. She is Erika Leonard, 51. She was a TV producer, is married to a TV screenwriter and is British.

Leonard began to write after work as an outlet for what she calls her, “midlife crisis, writ large.” Her husband was recently quoted as saying that he was the, “least romantic fecker that ever lived.” I’d say, considering the level of his wife’s imagination, that’s quite an understatement!

These two comments are very telling. I believe, that despite Leonard’s claim that she is of traditional Christian Chilean and Scottish descent, that she is also of non-Christian descent as well. Mainly because her bizarre sexual predilections and her husband’s sexual apathy are indicative of that culture, not the Christian culture.

For those of you who are familiar with Twilight series, the stories are about zombies. For inspiration, Leonard chose to expand that story, using a writing concept called, internet “fan fiction.” In this effort, Leonard reinvented (Belle) into Anastasia Steele and (Edward) into Christian Grey.

Leonard then submitted her new story, to an internet site (fanfic.net), which is devoted to new writers, for review and critique, and found an audience.

Her story eventually went viral. In May 2011, the second female in this march to hell, became Australian e-book publisher, Amanda Hayward, 38.

Hayward is the CEO of The Writers’ Coffee Shop’s (TWCS) and she agreed to publish Fifty Shades of Grey, and its two sequels. The discreet nature of e-book downloads, recently made possible by Kindle, etc., spurred the raunchy story’s sales to 250,000 units almost overnight.

Leonard said that the final jump to the New York Times Best Seller List came when, “the ladies of Long Island just so happened to get their delicate, manicured hands on Fifty Shades of Grey.” That may be because their husbands, sons and daughters are the principle players in the, slowly dying, New York publishing and print industry. 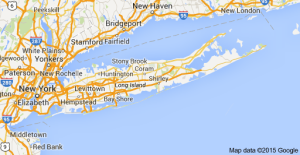 Now, for those of you who do not live in the Northeast region of the United States, this comment is glaringly specific. Leonard is referring to, I believe, her compatriots – the non-Christian, sexually frustrated, females who have inhabited Long Island, NY for the last 50 years.

These are the very same women who, when I was young, sent their daughters to Harcum College, Brandeis College, etc., and away to summer camp (Dirty Dancing), with the proviso that they keep their sexually frustrated mothers abreast of their sexual exploits, as compared to Christian mothers, who advised their daughters to sit with their knees together.

Apparently, forty years later, with the “success” of Fifty Shades of Grey, the next generation of L. I. non-Christian, females are just as sexually frustrated as were their mothers and grandmothers.

Leonard, on the other hand, was still bound, to some degree, to her Christian heritage, through her Chilean (Mom) and Scottish (BBC cameraman Dad). So, in order to write the sexually explicit scenes that Leonard had concocted, she chose to disguise her identity by writing under the nom de plume of E.(Erika) L. (Leonard) James. Her original book’s surprising “success” eventually spurred her “go public” and write two sequels, Fifty Shades Darker and Fifty Shades Freed.

Although, Leonard is not the first to write about sexual depravity, as defined by sadism (Marque de Sade) and masochism (Leopold von Sacher-Masoch), she is surely the first FEMALE to find global “adulation” and “acceptance” in this arena.

The next female responsible for the advancement of Leonard’s book of child pornography is her female agent, Valerie Hoskins. She is also a Brit. Hoskins not only negotiated the book deal with Random House in New York City, but the movie deal with Universal Studio in Los Angeles, as well. Thus creating the “latest female-driven movie franchise.” Oh. Yippee!

The next female, who was responsible for the proliferation of Leonard’s book about the abuse of a very young woman, was also a Brit. Her name is, Donna Langley, 46. She was born on the Isle of Wright and is married to an interior designer.

In 2014, Ms. Langley was made Chairman of Universal Studios. It was through her efforts that Universal purchased the film rights to Fifty Shades of Grey in 2013. The company will not only produce the movie version of Leonard’s books but will distribute the trilogy of movies based on her books, as well.

The bidding, at the auction to purchase Fifty Shades of Grey, was bizarre. At one point, Sony Pictures offered $5 million, as compared with the $3 million Dan Brown got for, “The Da Vinci Code.” Ms. Leonard turned Sony’s offer down and chose Ms. Langley’s Universal Studios, for an undisclosed amount, instead. She said they gave her more control over the movie’s screenplay. 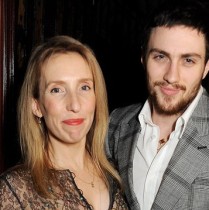 The final woman, among this gross gang of females who embraced an abusive relationship as an acceptable radical, third-wave feminist lifestyle, is once more, a Brit.

She is Sam Taylor-Johnson, 47, and she was the director of the movie Fifty Shades of Grey (which is to be deliberately released on St. Valentine’s Day this year – YUK!).

Taylor-Johnson is also adding to the world’s depleted view  of women, by women themselves. She is, in her efforts to be “cool”, also mocking the innate goodness and value of the traditional Christian woman, as defined by marriage and motherhood, with her involvement on this debauched movie.

Ms. Taylor-Johnson, as with the four other women, is a radical feminist. She and the others have deliberately trashed their Christian faith and adopted the twisted ideology of radical feminism in its place. The result?  They are no longer good women of God but instead, have become nothing more than pimps, selling the notion that young women are of no value to society other than as sexpots. Sexpots who are willing to debase themselves for cash.

Which, ironically, is exactly what all five of these women have proved about themselves to be as well.

So, people want to know why we are surrounded by whorish females, females who define themselves solely by their explicit sexuality?

Well, here’s another piece to the puzzle. These five influential female, co-creators of radical, third-wave feminism, are a major part of the problem. They have proved themselves to be nothing more than “influential” radical, second-wave feminists “mentoring” the next generation of young women into hell. Radical, third-wave young feminists who will define themselves solely by their explicit sexuality and all with the happy “help” of their radical, second-wave female mentors.

These particular radical, second-wave feminists continue to betray young women as never before. These five women are deliberately glorifying abusive relationships for cash. And who are the tragic losers, not these well-heeled, aging second-wave feminists, but the next generation of third-wave feminists, who will adopt their mentors sick suppositions and foolishly create a feminist lifestyle around those misguided and pointless priorities.

What makes this sordid story even more alarming is the fact that Erika Leonard, Valerie Hoskins, Amanda Hayward, Donna Langley and Sam Taylor-Johnson are all mothers! Some have children as young as 3 years old. And, other than Leonard, they all have young daughters.

Some day, these egocentric, radical, second-wave feminist’s “joy ride” will come home to roost, as their little daughter’s lives become a vivid reflection of what these influential women only imagined.

At that point, all of the current fame and fortune will seem unimportant, as they helplessly watch their own children succumb to the radical, third-wave feminist train wreck, that they themselves started.

Fools, each and every one of them.