Not only is he in touch with his “feminine side”, you’ll notice he’s in the passenger seat too.

Another disturbing sidebar to adopting a “strong” radical, second-wave feminist lifestyle is the fact that “empowering” yourself as a feminist woman, usually includes marrying a wimp.

Radical feminism has been pushing the ridiculous notion of “superwoman” for over 50 years. Feminist “career” women have been trained by lesbian-led, radical second-wave feminist academia, to become “strong” leaders in what was once, a man’s world. The initial premise was applied to the workplace, with little or no thought to the institution of, OMG!, marriage.

Well, surprise, despite the radical feminist push for the adoption of a “feminist lifestyle” – revolving around remaining single, childless, and  “breaking glass ceilings” at work – women still want to, OMG!, get married and have kids.

To this end, these committed radical, feminist “career” women, unwittingly, determined that in order to accomplish these goals, they needed a “wife”, not a husband. And, this subconscious need for a “wife” was supported by radical feminism’s continued push for men to help more at home (as though they weren’t already) and that men should “get in touch with their feminine side.” YUCK!

Incredibly, this ridiculous premise stuck. And, it began to be accepted among the sisterhood of “career” women, with marriage and children on their minds, as the new normal. Suddenly, in direct opposition to thousands of years of traditional convention, wimpy, sensitive “men” were now considered prime husband material, allowing the “career” women to wear the pants in the family, both at work and at home. 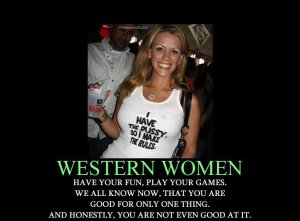 It came as no surprise, that ten years into the feminist’s “career”, marriage and children, everyone is exhausted, confused, unhappy and generally pissed-off. Marrying a loser to salve your feminist ego proves itself to be the most self-destructive process a woman could undertake, other than doing drugs.

First of all, no matter what the lesbian-led feminists claim, men are NOT, I repeat – NOT, designed to care for children, and a home, in the same way that women are! Men and women are not the same! They are supposed to compliment each other, not be at cross purposes with each other. Their roles are pre-determined by our Creator to be complimentary and conjoined.

So, no matter how much the non-Christian, radical feminists claim otherwise, you cannot change this preordained set of parameters because they are literally written, by God, into men and women’s DNA!

And for good reason, because when acknowledged and accepted, those parameters produce the happiest lifestyle possible on earth.

And to deliberately, and defiantly, try to rewrite this coda will bring nothing but grief, just as millions of feminist, fire-breathing, “career” women have discovered.

Secondly – how’s your sex life? Trying to be the boss at work is hard enough for a feminist “career” woman, but trying to be the boss in the bedroom is nearly impossible. Demanding bitches and wimpy guys usually make lousy “lovers”, for the obvious reasons. It has something to do with the lack of respect for each other as men and women. 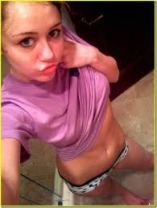 Thirdly – how are your kids doing? Not so good? Unsure of themselves, and their importance, as girls and boys? You’ve got bitchy girls and wimpy boys? Really? How surprising…… Well, sorry, but the old adage is true – what comes around, goes around. Too bad you didn’t read your Bible because you could have avoided this mess by heeding this warning before hand, “You reap what you sow.” 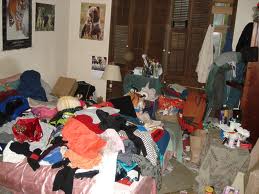 And, lastly – how’s your house doing? It’s a pigsty? Hummm. Well, maybe that’s because the person who should be caring for her family’s home is out trying to impress her boss, instead of her family!

Good Lord! Why any woman would want to marry a wimp amazes me! When REAL men are left to their own devices, and encouraged by their loving wives to use their God-given talents and expertise for the benefit of their families, they rarely disappoint. Real Christian men have so much to contribute to the welfare and happiness of their families, primarily because they are men, and not wimps. 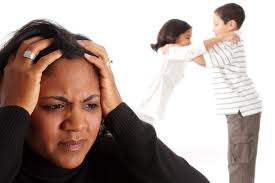 What irks me even more is that radical, feminist “career” women, who deliberately stand in the way of their husband’s contributions, are doing themselves and their children a great disservice. They are literally trying to fly on one wing, and as a result, they will eventually crash and burn.

Why would any woman deliberately marry a guy who can’t support her, and their kids, on his income alone? It’s just plain stupid. What happens when you need, or want, to come home to care for your children? And, trust me, there will be times throughout their young lives when this need will arise. Just be forewarned, that unless he can handle your financial obligations alone, you will NEVER be able to leave work to help your children, and as a result, your children will suffer needlessly for your selfish, feminist induced, short-sighted choices.

So, if you don’t want to throw yourself into an early grave and your kids into the trash heap of society, ignore the twisted, radical, second-wave feminist BS and do not marry a WIMP!

17 thoughts on “Short Essay – Why Would Any Woman Want To Wed A Wimp?”