When the non-Christian, radical, second-wave feminists, including Betty Friedan, Gloria Steinem, Bella Abzug and Ruth Bader Ginsburg, invented the need for “equality” between the sexes, in the late 1960s and early 1970s, they were NOT the least bit interested in attaining full “equality” for women, but rather were more interested in seeking vengeful inequality for men.

This first group of second-wave feminists were hateful women bent on destroying the perceived dominance of men within our society. They mistakenly proclaimed that the power men wielded in business, academia, military, organized religion, judiciary, politics and at home, was totally at the expense of women. This irrational conclusion stemmed from their personal experiences, while being raised in non-Christian households, where men reigned supreme and women were whining doormats.

In their misguided efforts to level the playing field, within their own private worlds, they began a rampage against men in general, assuming that all men behaved as did their fathers, uncles and brothers. This led to the unwarranted, and now, nearly 50-year-old assault, on Christian men as well.

Unfortunately, during the birth of second-wave feminism, most Christian men (America was 94% Christian at the time) did not take note of these women’s outrageous claims of “patriarchy”, “domination” and “oppression” of women, because they knew their accusations did not apply to them. Nor did they acknowledge the radical’s need for “equality”, as Christian men understood that women were of equal value to society and just functioned within different spheres of, and equally important, influence.

Despite the radical feminist’s rants to the contrary, Christian men did NOT deliberately diminish the women they loved, nor did they denigrate their wives and daughters at home, nor did they view themselves as some illustrious human being, as compared to women. This scenario was a complete fabrication invented by the second-wave, non-Christian, ranting, dysfunctional feminists. 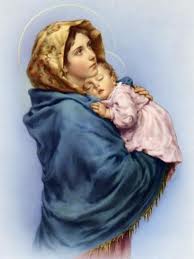 The feminist’s misguided views, on the perceived “inequality” between the sexes, were based on false assumptions generated by their own individual upbringings. Unlike these radical women’s personal experiences, Christian women had always been revered, and respected, by their men, just as Jesus had taught Christian men to behave, through His continued devotion to, and love for, His Blessed Mother Mary.

There has never been “inequality” between Christian men and women, just differing (and just as important) responsibilities. All of which were designed by God for the protection and well-being of children.

This equal division of labor, when blended together, provided the perfect environment for raising children. Nothing was left to chance, all the necessities of life were provided for and everyone was happy. That is until radical, second-wave feminism reared its ugly head, in the late 1960s and early 1970s, and shifted the focus AWAY from the children and TOWARDS the women themselves.

Upon reflection, these radical feminist’s imaginary pretext of “gender inequality” was based, laughably, on location.

These dysfunctional women (not their men) believed that “home” was a second-rate environment; a place of containment; an atmosphere of intellectual subjugation for women, as compared to the outside world. Their irrational conclusion was that women who stayed home were being “oppressed” by their men, thereby depleting women’s importance in the world, when in fact, the reverse was true.

Just as W. R. Wallace wrote, “The hand that rocks the cradle, is the hand that rules the world.” Women have set the tone of life throughout human history, and during the last 2000 years, Christian women have perfected it.

Their children and their children’s children have blessed America, in particular, with peace, prosperity and happiness as has no other country in human history. These Christian women, through their love and guidance, produced some of the best people on earth. Their children were good, honest, trustworthy and loyal men and women. Unlike the radical feminists, Christian women are, and always have been, the vital, and equally important, backbone of our successful country.

But rather than follow this proven plan to Paradise, millions of young, female baby boomers, during the late 1960s and 1970s, were instead, bamboozled into following a divergent path. A path the non-Christian, radical feminists, and their non-Christian comrades in the news media, newspaper industry, publishing industry and entertainment industry, disingenuously promoted as the way to a bright and successful future for women. A path by which they could finally attain “equality” with men. And, this path was, laughably, to leave home and get a job. DUH?

Incredibly, this is just what these young women did. While in pursuit of a job, they left home in droves to attend college. But, once away at school many of these young baby boomers found they were profoundly lonely, and very home sick, (as they should have been, having left their loving family at home) but since most were the first females in their families to ever attend college, the pressure from home to stay in college was overwhelming.

No parent wanted their daughter to return home before she had acquired her degree. And, this only amplified the need for these young Christian women to redefine themselves.

So, in their efforts to enter this brave, new, world of full-time employment, they unwittingly jettisoned everything that truly made their contributions of equal value to that of the men, and instead, spent their precious youth trying to become men, rather than remain women.

As a result, and for the first time in their lives, these young girls were forced to “get tough” and face their “bright” future of full-time employment alone, away from home, and without any help from their “peasant”, “old-fashioned” Christian parents.

And, who were the loudest and toughest girls in the arena? –  the non-Christian, radical, second-wave feminists who were, after 5000 years of subjugation, out to prove themselves to be, not only “equal” to men, but better than men.

As a result, these older radical feminist women gave voice to the voiceless, naive, lonely, young Christian female, baby boomers who were looking to invent a new way of life for themselves.

With the removal of school prayer in 1964 and the legalization of abortion in 1974, for the first time in American history, Christianity was under public attack, leaving these same young women questioning the validity of their faith in this “brave, new, world.”

To this end, every secularized magazine, newspaper, and television station run by non-Christians highlighted the “gripes” issued by these non-Christian, radical feminists, which gave “legitimacy” to their demands for “equality.”

And so, millions of young women, adrift in the societal chaos of the era, realigned themselves with the non-Christian feminists. Feminists who claimed to know the bright path into the future world of workplace equality. Radicals who focused on an illustrious future based on “career” rather than on “old-fashioned” family values.

Well, 50 years later, I think we know how this social engineering “experiment” worked out. For the non-Christian feminists, who truly wanted to be men, it’s been grand. Family never meant much to them (even children).  So, they got away from home, and got the education, “career”, and self-centered domination they desired, just like their men. In addition, they got the attention they were never able to acquire from their parents as children. Granted, it was superficial, public and banal, but it was enough.

The Christian women, on the other hand, did not fair as well, mainly because their upbringings had been so drastically different from the non-Christians.

In the end, these formerly Christian young women longed for the loving family they had denied themselves while pursuing a “sexually liberated”,”feminist lifestyle”, based solely on their ego-centric “career.”

“Equality” had proved to be a double-edged sword. As highly motivated young, single, female, college grads, most of these women had pursued “equality” for women in all situations, but especially in the workplace.

But unfortunately, for the Christian women, the quest for equality pushed the fountainhead of their emotional lives into obscurity, leaving them drained, both emotionally and physically.

And, sadly for most, while striving for 25 years to become “equal” to men in the workplace, they had unwittingly given up most of their femininity, their own families, and ironically, their happiness. 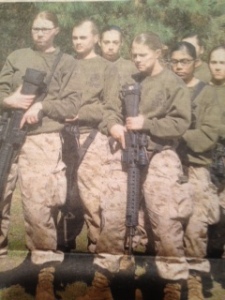 In their unnatural effort to acquire “equality” with men Christian women gave up the very essence of their female souls. The very elements of their feminine constitution which had evoked the respect and admiration that Christian women had enjoyed for centuries. In trying to become men, they instead, became comedic caricatures of themselves.

They allowed themselves to become feminist fools. In their ridiculous efforts to try to successfully morph themselves into men, they allowed their entire human nature to become warped, as their tone of voice became strident; their words became courser; their clothing became masculine; their sports became butchy; their manner became aggressive; their sex lives became promiscuous; and their appearance became hardened.

If it weren’t so pathetic, it would be laughable, as these foolish feminist’s entire lives were focused on becoming a man. The very same “pig” they supposedly abhorred. This entire undertaking was not only totally irrational, it was certifiably insane.

Well, here we are 50 years later. And, how has the “equality” in the workplace panned out for Christian women? Not so good? Gee, why is that? Exhausted? Lonely? Frustrated? Poor? Childless? Divorced? Unhappy? Sad? How is that? It was supposed to be GREAT!

Well, I guess the feminists must have forgotten to tell their Christian troops that in order for Christian women to attain “equality in the workplace” they would have to give up everything that Christian women had yearned for, and excelled at, for centuries – marriage, husband, children and family life, or drive themselves crazy trying to “have it all.”

In hindsight, the female baby boomers were too young, inexperienced and ignorant to realize that there can be no “family life” without two equal individuals (husband and wife) contributing their God-given natural talents to their families security and well-being.

And, despite decades of rants to the contrary, for Christian women, the path with the greatest success rate for happiness, is still through a Christian marriage. A traditional marriage where loving husbands and devoted wives are dedicated to their children’s future, and are therefore truly equal, but simply different.

Despite what radical, second-wave feminists espouse, there is no such thing as a “Superwoman”. And, women most certainly, cannot do it all alone. The truth is, there is no “equality” in trying to become a man. Something has to give, and unfortunately for millions of female Christian baby boomers, it was their joyful lives and blessed families.

34 thoughts on “Longform Essay – Why Does the False Pretext of “Equality” Diminish, Rather Than Increase, the Value of Women?”