There was a time, in the not so distant past, when women were placed on “pedestals” and both admired and revered. They represented all that was good within humanity. Women were considered the kind, polite, considerate, loving, sweet, selfless half of mankind. As mothers, grandmothers, daughters, sisters, nieces and aunts, they were the reason civilization developed. Men were inspired to do great things to honor and protect their women. They were loved by their men and they were defended to the death.

Ladies were highly respected within their families and communities. They were the glue between

their husbands, fathers, grandfathers, brothers, nephews and uncles and their children. Women nurtured everyone within their sphere of influence. They devoted their lives, unquestionably, to those they loved. Women were also the rudder on the ship to salvation. They represented their Christian faith on earth, living and loving according to the example set by the Blessed Mother Mary. Women were the examples of a life well lived throughout their community. They set examples of decorum and devotion for their family through their selfless acts of caring that provided a strong sense of security and reliability, not only for their children but for the community-at-large.

Their familial responsibilities at home for their children and their husbands included preparing meals, providing cleanliness, insuring orderliness, reinforcing their faith, instilling responsibility through example, demonstrating love, thereby fostering respect. Women understood that they were responsible for raising the next generation of  Christian adults, who would carry-on well after they were gone. If they failed at home, those failures would be suffered by the community, tenfold.

This was a highly responsible and highly respected job which was not taken lightly, by anyone. Both men and women understood the need for a sound, secure and orderly home because it was the most vital link to a civil and productive community. It was obvious to everyone that a woman’s devotion to her family had far-reaching effects. Her guidance , example and support allowed her children to enter the world as full-fledged and responsible adults, ready to continue the vital work of Christian living. The success of the next generation was hers and hers alone. Her children’s success or failures were her pride and joy, or her life-long shame.

Women’s devotion to humanity went beyond the walls of her home, as well. Women loved everyone in their lives with an intensity of emotion, reserved by God, for them alone. The depth of committment to the happiness of their families was historic but their selfless dedication to their friends and community was also considered sacrosanct, as well. Everything, and everyone, within their lives was touched by women’s generosity, trustworthiness and kindness.

None of this sense of commitment and devotion exists today. Women have shifted their allegiance from others, to themselves, and in doing so have abandoned the very aspects of living that have historically given them the most happiness. They have become public disgraces, behaving as though no one were watching, becoming rude, crude, sarcastic, flippant, obnoxious Vagina Chronicles.

Today, they are gambling away their paychecks; stealing from their employers; drinking themselves into oblivion; denigrating their faith; talking like truck drivers; cursing like sailors; neglecting or killing their children; smoking pot with their kids; lying to everyone including themselves; spending money like there’s no tomorrow and whoring their way to hell. And when anyone points out the error-of-their-way, rather than take heed, they spit-in-your-eye!

The levels to which women have sunk during the last forty-five years of radical second-wave feminism’s, liberated, influence is staggering and unprecedented. The newspapers are full of news reports documenting their debauchery and deceit. This kind of self-destructive behavior has never been permitted, or condoned, by either men or women, in centuries. The adherence to the teachings of Christ had virtually eliminated these degrading and dangerous types of behavior. I don’t think that even the wackiest of the miserable feminists from the 1960s ever dreamt that millions of women could sink so low.

Pornography is exploding on the internet with women as the performers AND the producers. In 2006 alone, the porn industry raked in almost 13 Billion dollars! 162,900 women were arrested for DUI in 2007, up 30% from a decade ago. Strip clubs are full of women strippers who are mothers with children at home. Women now shoot and kill total strangers. They slice open pregnant women and steal their babies. Beauty pageant winners are jailed for grand larceny. Women teachers are convicted of raping the children in their care. Women plot their husband’s murder. Women mug and rob mall shoppers. College co-eds are prostitutes on the side. Bookkeepers routinely steal, the very money they are entrusted to safeguard, from their employers. Drunken mothers cause car wrecks that kill their kids. Women run drugs or are drug dealers themselves. This unnerving list goes on and on. The plethora and range of women’s  criminal activity is breathtaking. It is not only disgraceful and disruptive, it’s disgusting! Monsters like these are a modern-day abomination. They weren’t everywhere you look years ago, like they are today. This is Bonnie, without Clyde, on crack cocaine!

Casey Anthony charged with killing her 2-year-old daughter Caylee. The toddler’s duct-taped body was found dumped in the woods near Casey’s home. 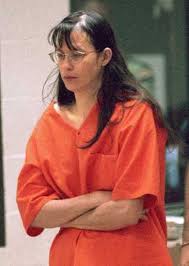 Andrea Yates charged with drowning her 5 children, all under the age of 8, in the bathtub.

Susan Smith – charged with pushing her van into a river, drowning her two little boys, ages 3 and 14 months, who were strapped into their car seats inside.

Of course, the cases surrounding the murder of their children by mothers Casey Anthony, Andrea Yates and Susan Smith are beyond the pale. Their names will always be at the top of the list of the most horrific crimes committed by women. Unfortunately, unlike 45 years ago, this list is extraordinarily extensive and seemingly never-ending. It is not only costly from a financial and emotional point of view but it is destructive from a societal point of view too. Our culture will not survive these debauched women and the putrid behavior they represent. As the newspapers continually show, millions of other women are following in their depraved footsteps, unrepentant and unashamed of who they’ve become because they don’t believe in God.

Below are some of the crimes perpetrated by women. The list is just the tip of the iceberg. You tell me if something’s not terribly wrong with the liberated, emancipated, unhinged, Godless women radical feminism has produced?

14. NJ – Antoinette Pelzer charged with murder while trying to steal purse from victim.

16. UK – Drunk Rachel Henson escapes after accidentally setting home ablaze killing her 4 children who were under 9.

22. OH – Black woman, Megan Williams, arrested for perjury. She was not tortured by 8 whites convicted of crime.

25. MD – 2 woman arrested for throwing bleach at each other in Walmart. 19 people were taken to hospital.

Without the Mothers who instilled the personal constraints of Christianity in their children, we will continue to see this type of debilitating and destructive behavior because there is nothing man alone, can do to stop it. It’s the Women, Not the Men  to be continued…

3 thoughts on “Cauldron of Cackling Crooks and Criminals Vol. #1 Essay 8”