Don’t mess with me. I’m the girl’s ice hockey coach!

Oooo! We are SOOO tough!

Can someone please explain to me why girls have to play sports designed for men?

They are NOT men, or boys for that matter, and they look ridiculous trying to pretend otherwise!

Have you ever watched a girl’s ice hockey game? It made me laugh out loud! Here were twelve, 115 pound, high school girls with pony tails, wearing body armor, helmets and boys uniforms, skating in slow motion around the ice rink, grunting at each other in squeaky little voices while elbowing their opponents with tiny girly arms.

It was the funniest thing I’d ever seen!  And yet the mothers and fathers standing around the rink were cheering and yelling as though they were watching a New York Rangers game, while their daughters slowly glided by.

Come on Dads!!! What’s wrong with this picture? It’s bad enough that girls are encouraged to injure themselves while trying to play sports designed for men but it’s getting worse.

We now have a local 13-year-old girl, in New Jersey, who is driving a dragster, at 85 mph, down the race track because her Dad thinks it’s ok! What’s up here?

Do I scare you with my war paint?

As a Dad, are you guilty of this type of BS too? Are you telling your daughter, by your actions, that being a girl just isn’t good enough?

Are you pushing her to make a fool out of herself while trying to act like a boy, so she can live up to your expectations?

Are you encouraging your daughter to play baseball, lacrosse, football, wrestling, ice hockey or sail around the world alone (as one 16-year-old girl attempted in California) because you did it when you were young and you don’t have any sons to live vicariously through?

Why would you do this to your little girl? Do you think that her being a girl isn’t good enough for you? Good Lord! We need more real girls, not less.

Why aren’t your daughters good enough, just being girls? Why are you not seeking to protect them from injury, some of which may be more insidious and long-lasting than you might realize. Or how about the creeps who come to watch girls play sports for reasons you don’t want to consider? Why stick them on an open field to be either injured or chosen as someone’s next victim?

And just as disturbing to me is the fact that America stopped constructing huge cathedrals more than 100 years ago and today we are building huge stadiums instead, while those same cathedrals are being closed!

that say about America’s priorities? Not much. We’ve given up going to church on Sundays in order to attend football games instead? What does that say about, who we are as a people?

By skipping church and instead heading to the  lacrosse field, parents are giving their daughters all the wrong signals. Not only are they denying them the critically important emotional stability that comes with faith but they don’t even consider the life changing injuries their daughter could incur while playing male sports?

At the very least, most will eventually become obese. And why is that? Because most girls who play sports have to eat like a guy to keep up with the strenuous physical activity. When they quit, their eating habits continue, with tubby results. And eventually this lumbering condition leads to hip and knee replacements which were predicated by sports injuries. Why lead your daughter down this treacherous path? 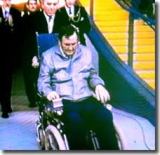 When you see an ex-professional athlete arrive to watch a game with two canes to support his broken body, you should ask yourself if the excitement of cheering for your daughter, as she runs around some sports field somewhere, is worth injuring or crippling her for life. I don’t think so.

Instead, let the girls be girls. They can volunteer at the hospital, day care center, soup kitchen or at church. They can take piano or flute lessons. They can learn to sing, paint, garden, cook, dance, sew, quilt or do needlework. Things with life-long value to themselves and their families. Things that will bring, much-needed, BEAUTY and graciousness back into the world.

This is especially true since feminine ladies are the ONLY source of true beauty on earth. The ONLY source of beautiful inspiration from which men garner the impetus to create beautiful environments that reflect women’s astounding beauty. Women who deliberately act and look butchy deny themselves, and the world, their irretrievable and fleeting beauty forever, which is very sad and a great loss for everyone, especially themselves.

So, if Dad enjoys the great outdoors, he can instead take his daughter kayaking, bicycling, tennis, golf, boating, horseback riding, shooting, water skiing, hunting, fishing or teach them archery. The girls will be happy doing whatever Dad expects from them!

Try and pick something that will keep them safe, and then be very proud, supportive and encouraging, in those efforts.

And, the best thing about these activities is that they can be planned around your family’s schedule rather than the other way around.

In the long run, their involvement in sports will mean NOTHING. Why bother? Because the Title IX money is there? Oh, Please!

Girls, playing sports designed for men, suffer injuries at a much higher rate than do the boys. Concussions, sprains, broken bones, popped tendons and lost teeth are common.

We know one girl who was an excellent soccer player in high school. She was awarded a soccer scholarship to college but broke her ankle six times in high school, earning it. Was it worth it? I don’t think so. She broke her ankle again during her first season of soccer in college. When it was determined that she could no longer play the game, she lost her scholarship too. She is now 35 years old, limps and is obese.

Note the knee brace on this 13-year-old’s knee

Another local girl suffered the first of FIFTEEN concussions while playing basketball in the seventh grade. At seventeen, she can’t drive a car, get on a train, swim in the ocean or listen to live music because of the post-concussion syndrome she is forced to live with.

Where the hell was her Dad after the first injury, much less the fifteenth! Research shows that concussions have an accumulative effect on the brain. They are not only dangerous but can be deadly.

In 2008, another local 16-year-old died from a brain hemorrhage after being tackled during a high school football game. He had just been cleared by his doctor to return to the game after a three-week hiatus for a concussion.

Unfortunately, he hid the fact that he was still suffering from headaches from everyone but his buddies, with tragic results. Why would parents, of much more fragile girls, let them risk their precious bodies so pointlessly? It’s tough enough on the boys, much less the girls.

How a Dad could seriously contemplate his daughter’s involvement with men’s sports when you consider the enormous amount of valuable time wasted; the ridiculous expense involved; the disruption to the family life; the hysterical schedules; the lack of any long-term personal advantages and the very good possibility that his daughter will be permanently injured, amazes me.

It’s the Women, Not the Men  to be continued…