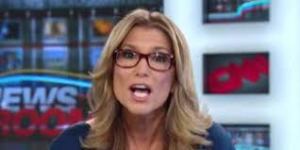 I could spend all of my time just writing posts about the despicable women radical, second and third-wave feminism has produced in America.

They continue to sink to lower and lower levels of behavior and Carol Costello has nearly hit rock bottom. I can’t tell you what a revolting piece of trash this radical, second-wave feminist bitch is!

Former Vice Presidential nominee, Republican, Christian and former Alaska Governor Sarah Palin’s daughter, Bristol, was attacked and assaulted by a group of men at a function in Anchorage, Alaska. Bristol Palin was attacked when she went to the defense of her sister, Willow, 20, who had been pushed to the ground by an out-of-control “older” female (another radical, second-wave feminist? You bet.)

When told of her sister’s experience, Bristol went to her aid and that’s when she was attacked. But this time, rather than being pushed by a women, Bristol was attacked by a group of men, who were not interested in simply pushing their victim. This time, while wearing dress, Bristol was not only pushed to the ground, but dragged by her feet across the ground, as well. She managed to escape, with only scraped knees and a scratched, and bruised, face. But, the experience was obviously terrifying, as you can hear in her voice, as Bristol retells her experience to the police, which I’m sure, also, explains the rash of expletives. 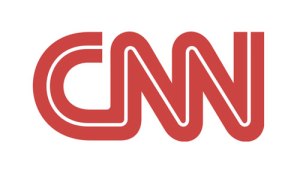 Now, only a completely preserve individual could find anything positive in this despicable incident but only a psychotic, radical second-wave feminist could find it hilarious! And that is exactly how CNN news anchor, Carol Costello, reacted.

While on air, Ms. Costello gleefully encourages her audience to join in the fun, while she sarcastically comments on Bristol’s attack, just before playing the police audio of their interview with Bristol, soon after the assault. And you can bet that this reaction had everything to do with Ms. Costello’s irrational, feminist hatred for Sarah Palin, and nothing to do with Bristol.

This situation is just one more example of the ongoing efforts of radical feminists to assail Christians.

The following video is of Ms. Costello’s maniacal behavior during her broadcast about the attack on 24 year-old Bristol.

Ms. Costello later gave an insipid apology for her hateful commentary. So, I guess we’re all, as Christians, supposed to forgive her. NOT! That only emboldens these female sickos.