I cannot find a man, who has lost his children through divorce, abortion or illegitimacy, who did not feel a deep sense of remorse and loss.

Despite the rants of radical, second-wave feminists, the vast majority of men do NOT deliberately abandon their children. And, they are NOT hard-hearted bastards who don’t care about their marriage, or their kids.

Most fathers have a deep connection to their children, but since radical feminist’s promulgation of the “sexual revolution” in the 1960s, fatherhood has been reduced to an irrelevant appendage to childbirth.

When radical feminism convinced millions of young female baby boomers that “career” was more important than family, the first to suffer were the children of those women, and the second, were the fathers of those children.

In the resulting societal chaos of the 1960s and 1970s the importance of fathers was first attacked, when a tiny part of the Social Security benefits was drastically expanded to include black women with children. 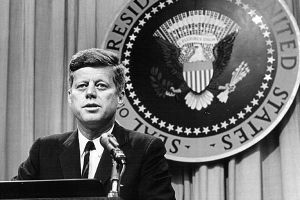 To make matters worse, President John F. Kennedy instituted the Affirmative Action programs with two Executive Orders, 10925 in 1961 and 11114 in 1963.

These two orders pushed the men farther out of their families because the hiring of black women encouraged corporations, operating under the government edicts associated with Affirmative Action, to hire black women at an inordinate rate, because they filled TWO quotas, rather than one, as they were both black, AND female.

It should surprise no one, that a matriarchal (sans husbands) black community quickly developed, since the women now held the purse strings.

Black Christian fathers were the first men to experience the suffering that resulted from their being legally pushed out of their own homes, but the crisis would continue to spread throughout America, as the influence of the anti-Christian-male ideology of radical, second-wave feminism became more prevalent.

As these twisted women ramped-up their irrational, unjustified and  unwarranted attacks on Christian men, and in particular fathers, men began to retreat from the screaming, irrational accusations that resulted.

In time, these “well-educated” radical, second-wave feminist ideologues moved off the campus’ of America and into positions of influence throughout America in the once male-dominated arenas of business, organized religion, military, judiciary, politics and academia.

At that point, the attacks on Christian men by feminists not only became prevalent, but pernicious, blatant and finally the acceptable norm.

Despite being blatant lies, which were disingenuously spread by the attention-seeking, dysfunctional, non-Christian “leaders” of radical feminism, including Gloria Steinem, Betty Friedan, Bella Abzug, Dianne Feinstein, Barbara Boxer, Roseanne Barr and Ruth Bader-Ginsburg, Christian men were now being portrayed by the news media and entertainment industry as “oppressive” and “domineering” towards their wives and children.

This would NOT bode well for the 2000-year-old Christian family unit, which had ALWAYS relied on the father who, as the head of the family, assumed the heavy burdens of protectorate and provider for his wife and children. 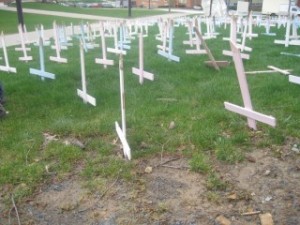 Students for Life Cemetery of the Innocents at Clarion University in Pennsylvania is Vandalized.

Today, we are experiencing the most vicious assault ever leveled against Christian men in the history of mankind.

Their role as Christian husbands, and fathers, is no longer sacred or sacrosanct.

The Christian faith itself, to which honorable men have always devoted their lives, is now under attack as well. These caring Christian family men have, unwittingly, become pariahs within the radical, second-wave feminist community of influential women, when before this invasion of irrational feminists, they were revered as the backbone of Christian Western Civilization.

Today, their very existence sends feminists into a legal frenzy. And their weapon of choice? Divorce!

No Fault divorce, which leaves men without the ability to defend their marriage, and inevitably leaves Christian men reeling in the aftermath of their spouse’s trumped-up allegations.

Legal assaults brought on by out-of-control feminists. Females who show NO consideration for their desperate children who left crying in the wake of their self-absorbed, irrational, vicious rampage brought against the men who once loved them “unto death”.

And just as deplorable, never giving a moment’s thought to pain inflicted on their once supportive, and protective, Christian husbands, who are left behind to grieve at the inexplicable loss of their family, their children, their homes and their lives, through NO fault of their own. 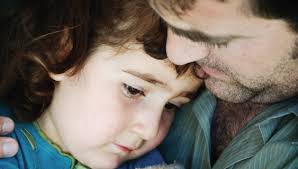 So, NO, Christian men did not abdicate their roles as fathers and husbands. They were systematically, and deliberately, pushed out of these roles by power-hungry socialists bent on government control of people’s lives and vengeful, influential radical, second-wave feminists, both of whom irrationally hate Christian men for what they stand for, but more importantly, for what they WON’T stand for.

These radical, hateful witches are led by the anti-Christian, radical, second-wave feminist U. S. Supreme court justices Ruth Bader-Ginsburg, Sonia Sotomayor, and Elena Kagan. With these radical feminist gatekeepers in place, on the highest court in the land, Christian men will continue to fight an uphill battle for their homes, their children and their ultimately, their God-given birthright as Christian men.

It’s time for influential Christian men everywhere, within academia, the judiciary, the military, politics, organized religion and business to reclaim their righteous roles as Christian fathers and husbands, and begin to BAND TOGETHER and FIGHT BACK!

They and their children deserve no less.

24 thoughts on “Short Essay – Did Men Truly Abdicate Their Roles as Christian Husbands and Fathers, or Were They Pushed Out?”