omosexuals are finally showing their true colors and they’re not the colors of the rainbow! They are proving themselves to be nothing more than nasty, vengeful, vindictive, hateful, intolerant tyrants, bent on legally banning Christian morality, in an attempt to curse everyone, especially young children, to the debauched, dangerous and depleted lives they themselves live.

When 23 year-old, non-Christian, gay activist Mark Segal, disrupted Walter Cronkite’s CBS Evening New program on December 11, 1973, he held up a sign saying, “Gays Protest CBS Prejudice.” This was the first time that most of Cronkite’s 60 million viewers had ever heard of homosexuality.

Today,  just 40 years later, homosexuals are running riot over America’s illustrious, 400 year history as a Christian nation, persecuting the very people who foolishly gave them entry into the mainstream of American life.

Actor Rock Hudson – Died at age of 60 from AIDS

When Rock Hudson proved to be a homosexual, dying from AIDS in 1985, most people still didn’t know homosexuality existed in our Christian country.

But, when the non-Christian, international movie star, Elizabeth Taylor, took up the banner to find a cure  for AIDS, after her friend Rock Hudson died, all of that changed. And, as a result, homosexual’s gripes about Christian morality have been center stage ever since.

Under the guise of fundraising, to find a cure for AIDS, thousands of homosexuals began to “come out of the closet.” They then enlisted the sympathy of millions of naive Americans, when they chose to deliberately, and deceptively, define AIDS as a disease to which everyone was at risk.

But, despite this revelation, homosexuals were not content to retreat, instead, another non-Christian named Leslie Feinberg, would become an outspoken advocate for the transgenders, publishing Transgender Liberation: A Movement Whose Time Has Come—The Story of Ben Wells in 1992.

In 1993, the “Don’t Ask Don’t Tell” policy within the military was put in place under the Clinton administration. No one in the military could ask about the sexual orientation of military personnel, or inductees, but openly gay people were still banned from military service because, according to Title X U. S. Code,  their inclusion “would create an unacceptable risk to the high standards of moral, good order and discipline, and unit cohesion that are the essence of military capability.'”

The next big boost came in 2003, when the U. S. Supreme Court struck down (6-3) the sodomy laws in fourteen states, in the Lawrence v. Texas case. This action pushed the LGBT (Lesbian, Gay, Bisexual and Transgender) movement forward, as the ruling made consensual homosexual sex legal in all 50 states. Justice Anthony Kennedy wrote the majority opinion which Justices John Paul Stevens, David Souter, Ruth Bader Ginsburg, and Steven Breyer joined.

In 2004, despite the fact that same-sex marriage was still banned in all 50 states, the push to have those laws repealed began,too motivated by the continued success of the LGBT movement.

Gays continued to be emboldened by their “successes”, eventually creating an obvious “gay persona” defined by their conversion when, en toto, they all began speaking with a high-pitched lisp and walking limp-wristed with a swishy saunter.

As their outrageous antics increased, so did their public personas, as Gay Pride Parades multiplied and became commonplace. At this point, despite their legal advancements, it became obvious to most people who there was something seriously wrong with these people.

But, in spite of their questionable public behavior, the activist judges continued to honor these people with the rights and freedoms that had historically been reserved for the members of Christian family, as defined by God, including the husband, wife and their children. It would be shown that these radical, activist, non-Christian judges were deliberately defying the very laws written by God!

In 2011, the “Don’t Ask, Don’t Tell” military policy was revoked by the Obama administration, allowing openly gay people to join the military.

By 2014, 32 states had repealed their laws against same sex-marriage, and outrageously, many of the laws were reversed by activist justices, who overruled the existing laws and in some cases, the voting public’s wishes on this issue, i.e. the overturning of California’s Proposition 8, which was approved by voters.

As of October 21, 2014, millions of Christian citizens in 32 states had been judicially coerced into issuing same-sex marriage licenses for same-sex couples in direct opposition to 200-year-old state laws, based on the teachings of the Bible, designed to support the sanctity of marriage between a man and a woman and provide protection for the children they bear.

Today, these vicious nuts are using the very laws designed to welcome them, as sledgehammers to destroy Christian morality and intimidate any Christian who disagrees with their oddball, and outlandish views.

Below are just a VERY few examples, among thousands, of Christians who have been persecuted by non-Christian gays, lawyers and activist justices, for their Christian faith. Many have lost their businesses, some their non-profit tax status, and others their life savings while defending themselves against what is, supposedly, a constitutionally protected right to religious freedom. It is beyond disturbing! 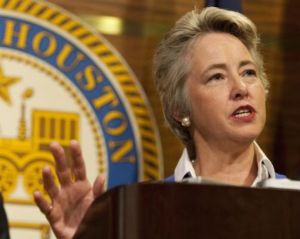 With the situation that developed in Texas, the homosexuals are again raising the bar. This time with the lesbian mayor of Houston Texas enacting new laws to muzzle the free speech rights of Christian pastors!

Another radical, second-wave feminist, Mayor Annise Parker, and her buddies on the city council, passed  an ordinance in May which allowed “gender confused” individuals to use public facilities designated for members of the opposite sex.

It also designated homosexuals and transgender people as a protected class, allowing sexual predators who dress like a woman and enter women’s public bathrooms, lockers and shower facilities.

A campaign to overturn this ordinance was undertaken by a group called, The Opponents of the Equal Rights Ordinance. They strove to collect enough signatures to put the matter before the voters.

Dave Feldman – Attorney for the City of Houston

Despite the Houston City Secretary Anna Russell’s office affirmation that the group had thousands of additional signatures beyond the 17,269 required, it was discovered that Mayor Parker, and another non-Christian, City Attorney named David Feldman, had summarily, and arbitrarily, dismissed thousands of valid signatures, thereby nullifying the effort to repeal the ordinance. The Opponents of the Equal Rights Ordinance then sued the mayor, and the city, for redress. 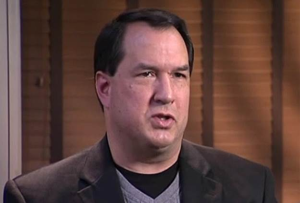 During the discovery process, in preparation for the trial, the City of Houston subpoenaed Pastor David Welch, executive director of the Houston area U. S. Pastor Council and four other pastors demanding that they hand over any sermons or church communications that mentioned the ordinance OR the mayor!

Although they were actively opposed to the ordinance, these 5 men were not party to the law suit instigated by The Opponents of the Equal Rights Ordinance.

When the influential Alliance Defending Freedom asked the court to throw out the subpoenas, Mayor Parker arrogantly replied, “If 5 pastors used pulpits for politics, their sermons are fair game.”

In response Pastor Welch stated that, “We’ve been fighting to expose the hijacking of the civil right movement, and to stop them from gaining ground.”

Senior Pastor Wilfredo De Jesu of the New Life Covenant Church in Chicago said, “It’s a sad day in the United States of america, in the land of the free, when the First Amendment rights of religious leaders are being trampled on by a mayor for political gain and/or exposure.” He continued, “I accept the fact that what I preach may be considered controversial and not accepted as “popular.” What I will not accept is a government body deploying bullying tactics that perpetuate an environment of hate toward Christians and bigotry toward our Christian beliefs.”

Multiple petitions were instigated across the city in support of the pastors, including one by Faith Driven Consumer and the Family Research Council.

Rev. Jessie Lee Peterson, a WND columnist, called Parker’s action an, “unprecedented attack against religious freedom and free speech rights.” He continued, “Christian pastors threaten the LGBT’s scheme to normalize abhorrent behavior. If we don’t drop the attack on these Houston pastors, the left will surely be emboldened to use their Gestapo-like tactics against any other group that opposes them, and we’ll end up like Canada.”

Martial arts expert, film producer and Christian Chuck Norris said, “If Feldman and Parker need a primer on the First Amendment, then let them know that America’s founders drafted it even to protect political speech by preachers!” 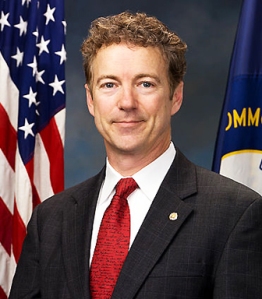 Sen. Rand Paul said that the First Amendment, “doesn’t exist to keep religion out of government. It exists to keep government out of religion.”

Numberous religious organizations, including the South Texas District of the Assemblies of God, the South Texas Full Gospel Baptist Fellowship, the Baptist Ministers Association and the Houston Area Pastor Council, and others, have led the opposition to the ordinance.

Many critics have dubbed the ordinance the “sexual predator protection act” after it was learned that in other jurisdiction that have approved similar measures, abuses are already occurring, such as the case where an Indianapolis man, who allegedly dressed as a woman, entered a YWCA locker room and proceeded to watch 7 and 10-year-old girls shower!

Women and children are being put at risk in the 17 states that have now embraced the transsexual agenda, under the guise of anti-discrimination laws. In one case, the authorities were forced to allow a 6-year-old little boy, who thinks he’s a little girl,  to use the girl’s bathroom at school.

GOD HELP US! PLEASE GIVE OUR CHRISTIAN PASTORS THE COURAGE OF THEIR CONVICTIONS, TO STAND AND FIGHT THE EVIL THAT HOMOSEXUALS ARE INFLICTING ON OUR COUNTRY, ITS CITIZENS AND THE WORLD, BECAUSE RIGHT NOW THE INMATES ARE RUNNING THE ASYLUM!