When it comes to dishing-out sex, the women of today are brain-dead. They actually believe that the radical feminist mantra of sexual liberation is actually “liberating.”  They have internalized the feminist premise of “free love”, choosing to have sex with whomever they choose under whatever circumstances they choose.

In reality, these stupid women, mentored by other stupid women, have taken the “free” aspect of this concept to an extreme, destroying the one trump card that all of them held.

Until the most recent generation of kool-aide drinking, liberated women, sex was never given away for free and it was most certainly not given away to every Tom, Dick and Harry hanging around in a bar! Only hookers followed that routine and even they weren’t stupid enough to give it away for free.

Up until the radical, second-wave feminist’s “Sexual Revolution”, which was instituted by non-Christian feminists in the late 1960s and early 1970s, Christian female sexuality had always been protected, as it was considered a precious commodity. Not only was it guarded vigilantly by the women themselves but it was defended by the girl’s families, and by Christian society, as well. Sex was never given away to a man without first taking part in the sacrament of marriage. And, the young woman’s family could be hard-bargainers during the negotiations.

Historically, sex was acquired in one of two ways. One way was to pay a hooker and the other way was to get married. A women’s purity was one of the most valuable asset that she could bring to the negotiating table and because young emotions ran high, her family strictly regulated her access to men in general but more importantly, to her intended, with whom she was crazy in love.

Interestingly, a woman’s beauty, and wealth, were often taken into consideration, well after her innocence. And, her virginity wasn’t held in abeyance by her family for fear that men were unfeeling brutes, collecting virgins like scalps. A young woman’s virginity was valued by both men and women because promiscuity inevitably led to syphilis. And, syphilis was an incurable, deadly disease culminating in, blindness, facial deformities (including the loss of people’s noses), organ and nervous system problems, paralysis, dementia and eventually death. It manifested itself with pox, “its pustules often covered the body from the head to the knees, caused flesh to fall from people’s faces, and led to death within a few months.” 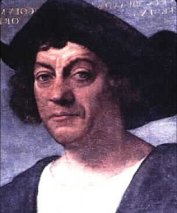 Syphilis was brought back to Europe, from the New World, by Christopher Columbus’s crew, many of whom later joined 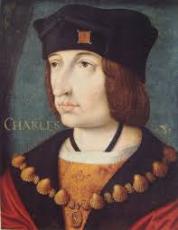 French King Charles VIII’s invasion of Italy (1494-1498). The King and his troops remained in Naples for several weeks after its conquest and it was here that the first recorded outbreak of syphilis occurred in 1494/1495. Five million Europeans would succumb to syphilis during the Renaissance Period.

And, although the medical community did not isolate the deadly bacterium that caused the dreaded disease until recently, people still understood, from whispered innuendos, that promiscuity was the root cause of these agonizing deaths from madness. In most cases, the men, and the whores they utilized, inevitably died simultaneously with similar symptoms and both at a relatively young age.

Most people understood that there was a connection between promiscuity and syphilis, but the medical proof would not come until the discovery of the bacterium in 1905. And, although penicillin was discovered by Scottish Alexander Fleming in 1928, it would not be considered a reliable treatment until 1943.

Syphilis had been around for centuries. And in a rather perverse way, it became the dark champion of chastity. It literally repulsed humanity away from promiscuity, and towards monogamy, by producing horrific physical warning signs. The disease was a highly visible indication to humanity that promiscuity was a treacherous path to follow and most heeded the warning. The fear of contracting the deadly disease caused most men to suppress the temptation to frequent  brothels. They not only feared for their own lives but for the lives of their future fiance or their current wife.

The disease lurked in the darkness, awaiting promiscuous behavior. When contracted, it ravaged both body and soul. Violent and horrific insanity was the final stage of torturous suffering before the grim reaper arrived to terminate the agony. Death was inevitable. There was no cure and no escape. Virginity, on the other hand, guaranteed that neither husband, nor wife, would bring the dread disease to the marriage bed.

And this was the simple reason why virginity has been so highly prized throughout history. It was NOT, as the feminists would have us believe, because men considered it a game of conquest, or that sex was a sign of “domination” over women. Nor was it some perverted preference of sexually obsessed men. It was a practical solution to a deadly problem. And parents were adamant about protecting their young, and naive, adult children from its curse.

As a result of these concerns, young women were supervised, and protected, both at home and in public. They did not leave their father’s home unchaperoned, until they were married. This simple approach of abstinence before marriage saved countless millions of people from the scourge of syphilis.

Until recently, everyone understood the sound reasoning behind chastity. But today, thanks to the fifty year “success”of radical feminism’s “Sexual Revolution”, penicillin, and the pill, women are actually hunting for casual sex, like the whores of old.

And ironically, having “cured” the dreaded syphilis of lore, a penicillin resistant syphilis has returned again to kill those who indulge in indiscriminate and/or casual sex, most especially homosexuals.

We are now foolishly suffering through another epidemic of deadly sexually transmitted diseases thanks to feminism’s sexual revolution and the folly of its lifestyle. HPV, AIDS, Herpes, etc. are devouring humanity today, just as syphilis did in the past.

So, once again we are being warned about the inherent dangers of promiscuity and the dire need to abstain from recreational sex. But, for the first time in history, the warning goes unheeded because radical feminism’s sexual liberation reigns supreme in the minds of stupid women, and the men who frequent them.