Who’s training the women involved in the field of education? Who fills their heads with inaccurate, anti-Christian, propaganda? Who convinces them that blatant lies are true and, visa versa? Who encourages them to then take those fallacies into the classroom and indoctrinate their students with those same lies? Who falsely propels them to publicly, and shamelessly, broadcast those fables to the world as though they were the truth? Worse yet, who stands by, quietly nodding and smiling, as they force their feminist fabrications on our children? The answer? Other misguided radical, second-wave feminist academics! They are all in bed together and they are winning the female, feminist war against Christianity.

After 45 years of radical, second-wave feminist indoctrination, feminist’s fallacious falsehoods have come full circle, ensnaring everyone within the public educational sphere, from Pre-K through Doctoral Programs. The overriding, subliminal feminist dictate directed to their faculty of female flunkies is? – All female, public education, personnel are required to stamp out Christianity wherever, and whenever,  they can!

And, what’s more incredible, is that that’s just what they do, jettisoning their own faith in the process. Paul Rubeo’s story shows the determined persistence necessary to peel back the layers of lies that insulate America’s public school educators from accountability for this irrational stance.

Giovanni Rubeo and his father Paul

Giovanni Rubeo is a fifth grade student at the Park Lakes Elementary School in Lauderdale Lakes, Florida. His school is part of the Broward School District system. The 12-year-old chose to bring his Bible to school with him in order to read it during his class period which is devoted to the school district’s reading enhancement program. 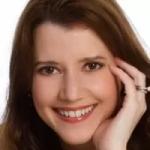 Giovanni’s teacher, Swornia Thomas, noticed that he was reading the Bible and told him that he was not permitted to read it in school and that he must put it away. Giovanni objected and asked her to call his father Paul with regards to her instructions. Ms. Thomas, who has obviously replaced her Christian faith with the anti-Christian ideology of radical, second-wave feminism, left the following message on the Rubeo family’s phone, ” I noticed that he (Giovanni) has a book – a religious book – in the classroom. He’s not permitted to read those books in my classroom.”

Giovanni’s father immediately contacted his son’s school principal, Ms. Orinthia Dias, where he was stonewalled by another anti-Christian, radical, second-wave feminist. This brainwashed female was no more supportive of Giovanni’s choice of reading material than was his teacher. When Mr. Rubeo persisted, stating that it was his son’s constitutional right to read the Bible in school, Ms. Dias sicced the school’s legal department on him.

This time Mr. Rubeo was confronted with his third, and even more defensive, radical, second-wave feminist fabricator,  Ms.Marylin Batista-McNamara (note: hyphenated names = radical feminist). She is the Deputy General Counsel for the School Board of Broward County and, of all three women, should have been the most reliable since her resume states that Ms. Batista-McNamara, “Oversees the legal affairs of the District as it relates to litigation of civil rights, personnel matters, diversity and appeals. Ms. Batista-McNamara’s current practice focuses on litigation and counseling on a wide array of education and corporate matters affecting the District’s governance, compliance and employment areas.” It continues with a list of her “top skills” which included – employment law, civil rights, education law, and legal research.

But, as this episode continued to unfold, this would prove not to be the case. As I’ve noted on many occasions, the misguided, deeply ingrained lies, spewed by anti-Christian, radical, second-wave feminists, runs very deep.

Considering Ms. Batista-McNamara’s “resume”, she was well-qualified to give Mr. Rubeo the correct answer. But instead, as lead lawyer for 6th largest school district in Florida, Ms. Batista-McNamara chose to deliberately lie to Paul Rubeo. When he insisted on the constitutional right of his son to read the Bible in school she begrudgingly acknowledged that his assertion was correct. But, not to be deterred in her assigned mission push Christianity out of existence, she continued to try to throw-him-off-the-scent, when she stated that the Bible was not included on the list of books for the Accelerated Reading Program, therefore Giovanni still could not read it during class. LIAR.

At this point, Mr. Rubeo contacted the Liberty Institute, a legal firm specializing in religious cases, and was immediately told that all three women were wrong, very wrong. As for Ms. Thomas and Ms. Dias, reading the Bible is, indeed, permitted reading in all public schools in America and, as for Ms. Batista-McNamara, the Bible is, indeed, listed as reading material for the Accelerated Reading Program. In fact, there are multiple books from the Bible listed.

To quote from the  letter that Hiram Sasser, director of litigation for the Liberty Institute, wrote to Ms. Batista- McNamara, “Enclosed, you will find eleven (11) pages of books listed on the Accelerated Reading Program’s website. These represent but a few of the wide range of books’ from which students, like our client, could choose to read. Among the titles, you will note, are the following: Acts, Amos, Chronicles 1, Chronicles 2, Colossians, Corinthians 1, Corinthians 2, Daniel, Deuteronomy, and Ecclesiastes.” Only a radical feminist on a mission could “miss” this published information.

To be sure, this list could not be plainer. So, we can either assume that Christianity has been totally annihilated, by radical feminism, from these three female’s lives to the point that they did not even recognize the names of the books of the Bible, or we can assume that they, as radical, anti-Christian feminist followers, deliberately erected these barriers against Christianity in order to bully Christian children and their parents. My conclusion is that it is the latter, rather than the former.

My experience suggests that radical feminism’s anti-Christian ideology has been unwittingly adopted by nearly all of the female members of state-sponsored educational institutions. Thankfully, in this continued feminist war against Christianity, men such as Paul Rubeo, are beginning to “return fire” on all levels and winning.

The positive outcome of Mr. Rubeo’s efforts was described by Jeremiah Dys, senior counsel at the conservative Liberty Institute, “We are pleased they are now complying with the law and will allow students to read their Bible during free reading time and within the Accelerated Reader program.”