I am convinced that half of the reason radical, second-wave feminists have made such incredible inroads, in the last 45 years, is because men, by their very nature, are polite. It’s time to get over that inclination and start to be as rude as these women are themselves.

1. The first thing I’d do is to review my overarching tendency to hire more women. My advice? Get over it. Especially if there is a young, Christian man standing in the wings. These guys deserve your support and will rarely let you down, which is more than can be said for the conflicted, overly committed, excuse-ladened women. 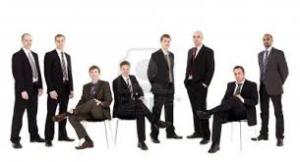 Start to re-institute the mentoring system, for the young men in your employ. Up until recently, this was the traditional way of training young men to take over the business. In the, not so distant past, college was just for young men being trained in the ministry, all the others got a job and “worked their way to the top.”

Just as was the case of my grandfather. He was 13 when he got his first real job. Back then, most businessmen didn’t even care if you even graduated from high school! All they cared about was whether they knew your family and that you were a hard worker. Today, the women have taken more than 50% of the jobs that were once reserved for men – real estate agents, editors, bartenders, teachers, veterinarians, pharmacists, literary agents are more likely to be 90% – robbing the young men of the one avenue to success and happiness that they could always rely upon – a good job. Women have other interests and loves to provide them with happiness, our young men only know true pride through work. It’s time to let them get back to work and send the women packing.

2. Stop giving women the benefit of the doubt. They don’t deserve it. They are difficult by nature and are now irascible by training. It doesn’t seem to matter if the relationship is professional or personal, it is fraught with concessions, nearly all of which are made by the men, primarily because they are polite creatures who hate all the fuss. It’s time to stand your ground! Don’t back down when you know you are right. Don’t back down when you feel you are being pushed into a corner. PUSH BACK!

3. Don’t make polite excuses for lousy women employees. If they are not performing their jobs at the level

expected, say so. And if there is another man trying to eliminate a tiresome, under-performing employee, STAND BEHIND HIS DECISION! Even if it means going to court. I’m aware of one case where it took 6 months to terminate one, horrific secretary. The 6 month process included the distracting, time-consuming, and grueling documentation of this woman’s every offense before she was let go. This was a black woman, who worked for a major corporation. She “partied hardy” every weekend and, as a result, was basically useless until mid-week, and while gearing up for the weekend, she proved to be useless by weeks end as well. When she was finally fired, her sarcastic response was, “What took you so long?” She admitted that she had spent those 6 months deliberately trying to get fired, so that she could go on unemployment and party forever!! The young man who was her supervisor was appalled. For this committed young manager, it had been an anti-productive, debilitating, stressful and infuriating experience. The fact that the men in upper management did not support his judgement initially, only made matters worse. Instead these cowardly men compromised this young man’s career while he wasted untold hours documenting this wretch’s behavior and at the same time tried to do his demanding job, without a secretary, as well! No manager should be put in that position. The corporation suffered as well. As a result of these weak-kneed older men, the company lost its most talented young men, as they jumped ship before it sank, which it did. This must stop. It’s time for Christian men to SUPPORT EACH OTHER in their efforts to stem the female shenanigans that are today accepted as “professional” behavior. It’s not and they’re not!

4. If you are dating one of the “beautiful” third-wave feminists, who lacks both heart or soul, don’t put up with her grief just because she’s

“beautiful.” If she gives you heartburn, dump her. You will find a good girl, if you stop looking for her in bars. One recent experience defines these pathetic entanglements perfectly. As my husband was walking through a parking lot one evening, he could hear a young man and woman arguing. She was deriding the young guy because he “wasn’t paying enough attention to her” in the bar. She was berating his behavior to such an extend that he stood there with his head down. So, as my husband walked behind the young man he said, “Trust me. She’s not worth it.” to which the young man replied, “You know, you’re right.” With that, he turned to the girl and said, “@#*.. you” and walked away. And guess what? The girl was finally, speechless. Try it. You’ll like it!

5. Stop treating women as though they know their own mind. They don’t. In most cases, young women don’t even know what’s best for themselves much less anyone else. If the truth be told, most women don’t have a clue about what they want. Flawed judgement, aggravated by radical, second-wave indoctrination, impedes their decision-making. If you see that they are making fools of themselves, whether it’s getting fat and unhealthy or loud and obnoxious or sleazy and slutty or drunk and gross, TELL THEM! And then walk away. You don’t have to take the outburst which will follow. You don’t have to listen to their BS. Just tell them and walk away. Stop talking to them and stop being polite to them. That will disturb them more than you will ever know.

THE END It’s the Women, Not the Men!

One thought on “Short Essay – Is It Time For Young Men To Change Their Polite Attitude Towards Women?”