Sue McDavid was recognized as a gifted organizer from a young age. In 1955, as a senior at Putnam City High School, which was located near Oklahoma City, she organized her class prom. Sue has organized every class reunion since.

While working on her class’s 50th reunion she was told by one of her former classmates, Charles Partin, that he would not be attending the reunion. Hurricane Katrina had wreaked havoc on his community, which was near Biloxi, Mississippi, and he was in the throes of helping to rebuild.

During his conversation with Sue, Mr. Partin lamented that his 17 year-old granddaughter, Rachel, who had been working all year on the Senior prom committee, was distraught that so many students were not only left without homes but would also miss their Senior Prom for lack of money and the stores, which were also destroyed, from which to purchase their dresses.

While recalling her cherished memories of her Senior Prom, Mrs. McDavid was saddened to think that the young girls in Mississippi would be denied those treasured memories themselves and that they would be supplanted by memories of the destruction unleashed by Hurricane Katrina instead. She could not let that happen. 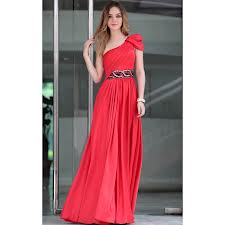 Although only 250 dresses were needed, Mrs. McDavid collected 500 prom dresses. Not only were the girls at St. Martin High School in Ocean Springs, Mississippi supplied with dresses but there were many to spare, for others, as well.

Just to be sure that her precious cargo arrived in perfect condition, Sue drove the dresses from Oklahoma to Mississippi, herself.

Here is a woman we can all admire. A woman challenged by circumstances. A selfless woman, who extended herself to the limit to help children make life-long and happy memories, despite the grim reality of their hurricane ravaged young lives. This is a special woman.