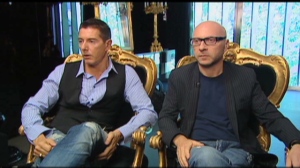 Now, this is a tricky post to write because the two heroes in this story are gay. They are living a life that God the Father abhors. And, as a result, despite their wealth and fame, I would not wish their compromised lives on anyone.

Although gay, both still seem to retain some semblance of their Christian faith in that they understand the need of a child to have a real mother and a real father and a traditional family. 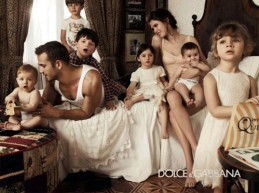 Mr. Dolce said, “It’s not us who invented the family. You are born and you have a mother and a father. Or at least it should be so, that’s why I’m skeptical about what I call the sons of the chemistry, synthetic children, wombs for rent, seeds chosen by a catalog. And then, let’s go to these children and explain them who is their mother. Would you ever accept to be a daughter of the chemistry?” 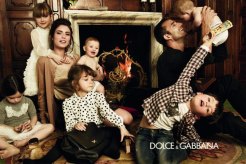 Dolce goes on to reiterate a very basic tenet of Christianity when he said, “Procreation needs to be an act of love.”

For Christians, this has ALWAYS been the premise behind sexual intercourse, loving procreation. It has always been the process by which a loving, Christian, married, couple brought their precious children, safely and securely, into the world.

That is, until radical, second-wave feminism reared its ugly head in the late 1960s and early 1970s and created their depleted interpretation of sexual intercourse, as defined by their “Sexual Revolution.”

But, despite what radical feminists have been espousing for almost 50 years, sex was NEVER intended, by our Creator, to be a form of entertainment for couples, or worse yet, an abusive “empowerment” game for women, as is now asserted by radical, third-wave feminists.

The act of sexual intercourse was NEVER intended to be abused – by couples who barely know each other, or were too drunk to even care what the outcome might be or for personal satisfaction and gratification!

Radical feminism’s depleted view of sexual intercourse, as sport, has not only denigrated the act itself but cheapened the very lives of the women who indulge in this depleted behavior. Where is the essential element of love that Dolce references? Correct. It’s gone, and with it, women’s human dignity as defined by Christianity.

Dolce and Gabbana believe that children should be the happy result, of the love shared by a married man and woman. The natural result of the love of a couple, who have made a life-long commitment to each other, and who want children of their own.

As a result of their feelings on the subject of traditional marriage and the natural children it should produce, Dolce and Gabbana are also opposed to gay adoption. Both of the men told the magazine, “We oppose gay adoptions.” Gabbana went on to say, “The only family is the traditional one. The family is not a fad. In it, there is a supernatural sense of belonging.”

Obviously their comments riled-up the homosexual community. But, of course, all of the notoriously vile comments spewed by the nut jobs within their community are to be expected. These are the same infantile individuals who, time and time again, have shown themselves to be nothing more than toddlers – throwing a temper tantrum every time they don’t get their way! 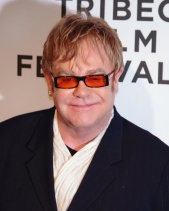 These same horrid individuals are not only attempting to disparage Domenico Dolce and Stefano Gabbana’s personal opinions and their reputations within their community but, they have actually gotten-down-in-the-gutter and are actively encouraging Dolce and Gabbana’s customers to boycott their luxury products as well!

And, despicably, openly gay Elton John and his partner, David Furnish, are leading the charge. 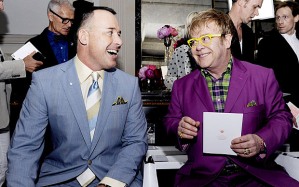 Elton John’s insipid and hate-filled retort concerning Dolce and Gabbana’s comments reveals why homosexuality was considered a mental illness, until the toddlers who instigated the societal chaos of the 1970s, pressured the psychiatric community to ignore the truth.

Elton John’s very public, and outrageously intolerant, response to these two men who are part of his own community and simply have a differing opinion from his, is telling. The viciousness with which Elton John has personally condemned, besmirched and vilified Dolce and Gabbana, shows he is a very disturbed man.

I hope that Dolce and Gabbana’s wealthy customers will continue to support their very successful business. They are exquisite designers of men’s and women’s clothes and accessories. But more importantly, they are designers of children’s clothing as well.

If you have the time, Google “Dolce and Gabbana” and take a peak at their children’s clothing line. You can see the high regard with which they hold children, through the clothes they design for them. The clothes are sweet, darling, and modestly traditional, with a wonderfully colorful flare. These are happy clothes for the happy children of happy married couples.

But, as for Elton John? Let’s turn the tables on him and boycott his business instead! I think it will probably make him cry.

Update: Soon after Elton John went on a tirade about Dolce & Gabbana’s views on traditional marriage, and then instigated a world-wide boycott of their products, he was photographed entering a recording studio carrying a new Dolce & Gabbana shopping bag!

This only reinforces my assessment of his disturbed mind.