Dr. Laura Lewis is from Ontario Canada. She has been a family practitioner for more than twenty years. She recently experienced a personal revelation. Dr. Lewis realized that she no longer agreed with the notion that abortion was a “reasonable option” for pregnant women. There had to be a better choice.

During Lewis’ developing career as a doctor she first became aware of her personal conflict surrounding abortion when confronted with abortions performed for chromosome abnormalities. Primarily, she became concerned about abortions done on fetus’ with Down’s Syndrome. She said, “Gradually God began to reveal to me His heart for life. First He highlighted people with Down’s syndrome in our community.”

As her experience expanded so did her understanding that children born with Down’s Syndrome brought with them the unique gift of perpetual joy. She observed that although children, and adults, with Down’s Syndrome were indeed deficient in mental capacity they were the happiest people she’d ever meet. It then began to dawn on Dr. Lewis, that although God had closed one door for these children, He had opened one of equal value for them. Down Syndrome children were, for their families, truly a “bundle of joy.” 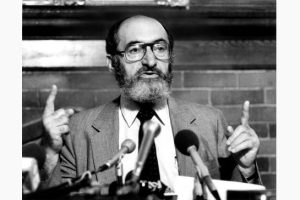 Dr. Lewis, “by God’s grace”, eventually came to the conclusion that abortions were not, as her non-Christian, medical school instructor, Dr. Henry Morgentaler insisted, “a reasonable option for women.”

As the years passed, Dr. Lewis opened her heart, and ears, to her patients who had the personal experience of having an abortion. She began to hear the intensely emotional stories of regret, sadness and remorse surrounding the deaths of these women’s unborn children. Dr. Lewis said, “I saw the great sorrow that some had carried for thirty years. I heard stories through tears of loss. I realized that silence, secrecy and shame have kept much of this tragedy hidden.”

The more Dr. Lewis initiated these conversations, and truly listened, the more she began to understand that there had to be a better approach to unplanned pregnancies than choosing an abortion.

Dr. Lewis came to realize that, not only wasn’t the medical field listening to the beating hearts of the unborn children anymore, they weren’t even listening to the women themselves. Women who were also victims of those same abortions.

Dr. Lewis wrote that her medical schooling had failed to prepare her to deal with the horrific personal fallout from, the reality of what is today refered to as, “choice.” She continued to write, “I wish I had learned that in the name of ‘choice’ many women have no choice regarding their unplanned pregnancy. I wish I had learned that many men and women live with great regret about their children lost to abortion.” 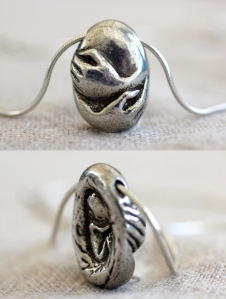 The facility that Dr. Lewis opened provides young women, suffering through the “chaos of an unplanned pregnancy”, with an alternative to abortion. Christine’s Place gives young pregnant women a chance to live a life without remorse by choosing life rather than death for their children. Dr. Lewis’ care center provides supportive alternatives to abortion including adoption and pregnancy care.

Dr. Lewis has said, “It is my hope … that the medical profession will become part of a new system of response to those facing crisis pregnancies … returning to the Hippocratic roots of our profession, a place where all life is valued and protected.”

God has touched Dr. Lewis’ heart and she has reversed her view on abortion. She has become instead, a devoted advocate for life. I hope and pray that she becomes an inspiration to other female doctors. Doctors who have been subjected to the same, non-Christian, anti-life medical education which deliberately ignores a tiny beating heart struggling to live, but also the devastating emotional, spiritual and physical damaged suffered by women who undergo abortions.

It’s time to listen to the vile truth about abortion. It’s time to acknowledge the irreparable damage done, not only to the innocent children it destroys, but to the mothers who never cease to grieve for their lost children.

Dr. Lewis is leading this movement to find a better “choice.” She is truly an admirable woman. I wish her good luck and God’s continued blessings on her very important efforts to save the world, one woman at a time, from the destruction of abortion.

4 thoughts on “Admirable Women – Dr. Laura Lewis Does An About-face on Abortion”