Ms. Valenti is supposed to be this hard-nosed, radical, third-wave feminist.  But, as we all know, appearances may be deceiving. In reality, she is a totally conflicted, irrational, and completely irreconcilable fraud, or in other words, a typical “liberated” female, unable to make a commitment to anyone, not even herself.

Valenti attributes her involvement with radical feminism to her mother, Ms. Michelucci-Valenti, who is herself, a radical, second-wave feminist. And in typical radical feminist fashion, Valenti’s “mother” brought her to her first pro-choice rally when she was just 10. Ironic or tragic?

Obviously, Valenti’s Italian mother had, like most radical, second-wave feminist, female baby-boomers, substituted radical feminist ideology for her Christian (Catholic) faith. On the other hand, Jessica’s father, converted from Catholicism to Buddhism. My guess is this occurred while he was still in college.

With this sort of conflicted upbringing is it any surprise that in 2002, the 23-year-old, Ms. Valenti, received a Master’s Degree in Women’s and Gender Studies with a concentration in Political Science from Rutgers University in New Jersey?

In 2004, while working in the legal defense department of National Organization for Women (NOW), the already disgruntled Ms.Valenti, started a blog called Feministing.com. She claims it was begun out of sheer frustration with the dismissive attitude of the older feminists who worked with her at NOW.

Well, despite receiving death threats due to her blog, Ms. Valenti’s “reputation” continued to grow she became the quintessential radical, third-wave feminist leader. She learned the radical feminist schtick backwards and forwards and lived her, sexually “liberated” life, accordingly. 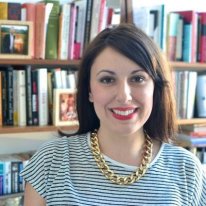 For the next several years, Ms. Valenti perfected her politically correct persona through her blog, while concurrently upholding feminism’s mandate to continue to “preach to the choir.” In this effort, she wrote the de rigueur feminist books, spoke to feminist groups on college campus’ and taught the feminist manifesto to other potential inductees.

In order to accomplish this last proviso, Ms. Valenti returned, as a “professor”, to Rutgers University’s Women’s Studies Department to teach an intellectually stimulating, and thought-provoking, course titled, “Gender and Pop Culture”.

And then, in 2008, the earth shook, as Ms. Radical Feminist Valenti, aged 29, realised that she had fallen in love with the Jewish deputy publisher of Talking Points Memo, Andrew Golis, who was 24 and just out of Harvard. OMG! And, to make matters worse, she wanted to get married and have kids too!!!!

Ms. Valenti was quoted as saying, during the “wedding” controversy with her troops, that “You come to a point where you give up on holding yourself to a perfect feminist ideal — it just feels stifling.” She went on to say that some of her ideas had ‘softened a bit’ once she began to plan her wedding. Valenti continued, “You can say all you want about something, but then there’s the experience.”

Despite the increasing onslaught of criticism, concerning her upcoming wedding, the ceremony took place in October of 2009. Not only did radical feminist Ms. Valenti have the nerve to get married but she was married by a Universal Life minister. AND, the ceremony included all of the traditional trappings, including a lovely wedding gown and New York Times coverage. OMG!

Valenti became pregnant soon after the ceremony. And in 2010, while suffering from pre-eclampsia and a failing liver, she delivered the couple’s daughter Layla, 3 months pre-mature.

In 2012, Valenti resigned from Feministing.com claiming she wanted to leave it in younger hands. Nice happy ending for a reformed feminist, correct? Afraid not!

The first hint of trouble came soon after the wedding ceremony, during an interview with the Chateau Heartiste website, when Ms. Valenti explained,  “I’m keeping my last name. I think hyphenation is nice – and that’s probably the route we’ll go with kids – but I like my last name. A bunch. I’ve even considered adding in my mother’s last name as well, as a little “fuck you” to the patriarchy, but I think Jessica Michelucci Valenti is too much of a mouthful, even for one with as big a mouth as me.”

Then, in September of 2012, just 18 months after the birth of her daughter,Valenti, “the traitor”, began to make overtures to the wounded troops when she returned to her old stomping grounds after the publication of her book, “Why Have Kids?”  In an interview with TheHairpin.com she was asked, “Can you expand? I love hearing women speak honestly about not placing their child at the center of their “universe”,  to which she replied,

“I love my daughter more than anything and anyone – but I don’t see raising her as my life’s mission or the most important thing I will ever do. It’s the most important relationship I’ll ever have, I’m sure. But Layla isn’t a work product, you know? I want her to feel loved and important and to be an ethical, independent kid. I do that, and I can help her be the person she’s going to be, without making “mother” my primary identity. To be clear – I’m not saying that’s a “wrong” or less wonderful identity to have than any other. But for me, I’m not a mother first. I’m a person first, and being a mother is one part of me. I also have enough confidence in my relationship with Layla that I know she will never doubt the depth of my love for her.

I think this “mom first” framework is really troubling, actually. It’s why we venerate moms who are killing themselves to subsume their identity into their children. It’s even why every so often you’ll see some media story about a pregnant woman who refused to undergo chemo and died so her baby could live. That’s a brave choice to make, to be sure, but framing women who die as the best moms of all makes me mighty uncomfortable. Poe once said that “the death of a beautiful woman is unquestionably the most poetic topic in the world.” I see those stories as sort of conforming to that narrative. I tried to do it myself – when I was in the hospital and things were getting pretty bad, they told me they were going to induce me soon. I tried to convince them and my husband to let me take on more risks health-wise to keep her in longer. It was stupid, actually, because me getting sicker didn’t do her any favors – but I think at the heart of it, I knew that a “good” mom would make it absolutely clear that her health and life came second. I derived some sort of perverse pride from it – maybe I still do, actually – but all it did was hold up what was an inevitable end to the pregnancy.”

Now, if that isn’t the most confused, conflicted and irrational commentary you’ve ever read, I’ll be amazed. This exposes the most serious feminist deceit inflicted on the women who replace their Christian faith with the ideology of radical feminism.

Feminism thrives on young, inexperienced women’s naiveté! And, when the truth about who they really are, is finally acknowledged (and it always is), these devotees of radical feminism are left with no other alternative than to feverishly try to deny their true desires, in order to soothe the troops. And, not only does this add to the twisted stress of living a feminist lifestyle, if the truth be known, it is nearly impossible to do convincingly. As Sir Walter Scott once wrote, “Oh, what a tangled web we weave, when first we practice to deceive!“ 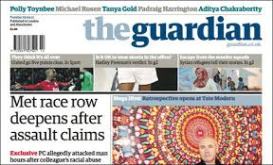 Well, just to put to rest anyone’s suggestion that Valenti is truly a traitor, and has thereby abandoned her feminist troops, in March of this year, she was hired by TheGuardian.com (this is the same liberal British paper that leaked the documents Edward J. Snowden stole from USA). And, boy, did this bitch return with a vengeance to the raunchy reality of radical, third-wave feminism.

In July 2014, in her new position with The Guardian, she viciously attacked the (SCOTUS) U. S. Supreme Court’s decision to approve the Hobby Lobby Craft Store’s Christian owner’s right to religious freedom.

The court’s decision upheld the company’s right to refuse to supply their female employees with four of the, Obamacare mandated, “morning after” abortifacient pills. And, in typical rabid, radical feminist fashion, Ms. Valenti viciously tweeted,

“Maybe women should organize a safe-sex f***-in at every Hobby Lobby across the country. In the glitter aisle. JUST A THOUGHT.”

Ms. Valenti’s reprehensible outburst provoked other crazies (most of which I won’t include here) to respond as well, including this tweet from the vile, whoever, “High Mpreg Priestess – Witch Queen Loki” –

“ah wtf they did. literally burn hobby lobby to the ground.”

Oh. How charming. How supportive. How kind.

These third-wave feminist women, led by the likes of the despicable Ms. Valenti, are the dregs of society. They are no different from the vile, uncouth, degenerates who were once relegated to back alleys and whore houses.

This is what radical, second and third-wave feminism has produced. Deviant, twisted, demented freaks who are incapable of determining what’s good for themselves, their children or for that matter, anyone else.

Their deplorable behavior should be unilaterally condemned, on all fronts, but especially by the leadership of the Christian faiths, who freaks like Valenti, continue to attack with impunity!

Where are the male voices of the real Christian warriors in response to these unjustified and outlandish dispersions? Some times I wonder if there are any strong, Christian men left out there, because at times like these, the silence is deafening.