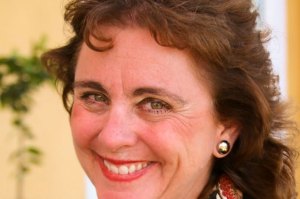 Dr. Jennifer Morse, 61 – Professor, Lecturer, Author, Married, Mother of 2 and Founder of the Ruth Institute for the Promotion of Traditional Marriage

Although this article was written a few years ago, it bears rereading because this view of marriage and motherhood is what is missing in so many young feminist’s minds.

In fact, our young women have been so brainwashed with the ideology of radical, second-wave feminism’s “career first and foremost” priorities that I believe many do not know that there was ever another choice!

The following article about the views of Dr. Morse, who is a Christian, exposes the fraudulent feminist view of marriage, and motherhood, as somehow being, second-rate, second-class, or “below” a “career” women’s standing, when in fact it is the highest calling to happiness that a woman can have and should not be put off for so long that her fertility is gone.

Dr. Morse proposes the return to marriage, and children, when women are young and fertile and to postpone “career” until later. It all makes such wonderful sense. I have highlighted, in red, the essence of Dr. Morse’s advice for all young high school women. It is an excellent plan for a happy life, well-lived.

Thank you to Dr. Morse, who is a woman with a head on her shoulders and her feet planted firmly in reality.

There is not a “war on women,” but there is a “war on women’s fertility,” Dr. Jennifer Roback Morse, an economist and president of the Ruth Institute, believes. Rather than view fertility as a problem to be solved, Morse argued Friday, fertility should be viewed as a gift from God. Colleges and labor markets should, therefore, adjust to the biological needs of women.

In a search for equality, Morse insisted, women have been trying to fit themselves into a work/life cycle developed for the male body. Instead, she said women should demand that the education system and labor markets adjust to needs of the female body. Namely, by recognizing that women’s peak fertility is in their early 20s.

“Highly educated women have defined their goal as equal participants in a labor market designed for people who don’t give birth,” Morse said.

This has led women to participate in highly invasive procedures to adapt to the typical male-defined career path.

“We are allowed to participate in a labor market, and in education, as long as we agree to chemically neuter ourselves during our peak child-bearing years. When our children are the smallest and most vulnerable, we agree to place them in commercial care, that is if we’re lucky to have any children. And if we’re unable to conceive when we’re finally ready, professionally and financially, we agree to submit our bodies to the trauma of artificial reproductive technology, including the over stimulation of our ovaries,” Morse explained.

Alternatively, Morse described a potential career path designed for a female body this way: “Go to college for a liberal, not a vocational, education. Get married. Have your kids. Let your husband support you. It won’t kill him, or you. Then go back to school, maybe, for an advanced degree after the kids are grown. Go to work. Then help support the kid’s college in your joint retirement. And since we women live longer than men, we can be working longer than they are and let them relax a little bit.”

Morse said she is not opposed to and finds nothing objectionable with women choosing not to have children. She also believes, though, that a pro-woman policy would insist that the education system and labor markets adapt to the needs of women who do not want to delay childbirth.

Morse provided several anecdotes, along with the empirical evidence, demonstrating that society views fertility as a problem to be solved rather than a gift to be embraced.

The Department of Health and Human Services’ recent birth control mandate, requiring employers to provide birth control in their health plans, for instance, referred to birth control as “preventative care.” The implication, Morse said, is that pregnancy is a disease or illness.

“I deeply resent the implication that the normal healthy functioning of my body is considered an illness,” Morse implored. “The mandate itself is offensive and is evidence of a war against women’s fertility.”

Morse also complained that Medicaid, a government health insurance program for the poor, has many anti-fertility policies. Contraception is required, for instance, by program participants and made available to minors without parental consent.

Morse does “not accept that government has an interest in directing the fertility of poor people because there are too many.” Indeed, Morse views the anti-fertility policies as an admission to the moral and fiscal failures of the welfare system.

“Change welfare policies to make them more sustainable and compassionate,” Morse said, and “stop viewing the children of the poor as a problem for policy makers to solve by preventing their existence.”

Morse also appealed to her Christian faith in defense of her position.

The typical secular feminist viewpoint, Morse said, replaced stability in marriage with stability in the workplace, and resents sex differences, “viewing them as some kind of cosmic injustice.”

“Modern secularists insist that love, sex and reproduction be separated from each other for the sake of making men and women equal. But that view places men and women at odds with each other and encourages us to use one another – men using women for sex and women using men as combination sperm banks and wallets,” Morse complained.

“The Christian vision insists that marriage is the proper context for both sexual activity and child rearing. The man’s sexual desire for woman turns his love toward her. Christianity insists that he love his wife as Christ loves the Church, which is to say, completely self-emptying, self-giving love. His love for his wife builds upon and reinforces their love for their children that they have together, and the woman’s desire for children turns her heart toward her children. Love, sex and child-bearing are integrated under the umbrella of marriage.”

Before founding the Ruth Institute, Morse taught at Yale University and George Mason University and was a research fellow at the Hoover Institution and the Acton Institute.