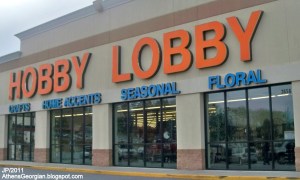 The U. S. Supreme Court’s decision to affirm the constitutional right of the Christian owners of Hobby Lobby to run their business according to their religious beliefs is very encouraging. David and Barbara Green will no longer be obligated, on the threat of huge fines, to fulfill the Obamacare mandate to distribute the “morning-after” abortion pill to their 12,000 employees, against their religious principles. This win for religious liberty will have positive, and far-reaching, implications, not only for Christian business owners but for the nation at large.

But, the story does not end there. Just as interesting, is a side story associated with this event. This case also, finally and unquestionably, exposed Justice Sonia Sotomayor to be the turncoat, and hypocrite, that many Catholics suspected her to be, as she voted against the tenets of her Christian faith and for the abortion ideology of radical, second-wave feminism.

Routinely, as each of these modern-day justices vote for, or against, a litigant’s case, they reshuffle this pack of powerful, and diverse, demographics. This mixed-bag of enumerations is a recent development on the U. S. Supreme Court because from 1789 to 1994 only upper class, married, white, Protestant men comprised the majority of the seats on the court.

During those 205 years the Protestant justices remained true to the Founding Fathers principles because they were basically the very same men. But, all of that began to change when the Rehnquist Court  of 1994-1995 became the first court where the Protestants, for the first time in history, slipped into the minority. 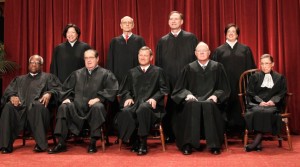 Today, just 20 years later, there are NO Protestants on the court. No wonder there is such disparity among their decisions as the members try to find common ground, where there is none.

And so, the current mismatched, and differing, cultural demographics among the justices has given birth to court decisions determined by  political correctness, social justice and radical feminist ideology rather than the simplistic, clear-cut, straight forward, black and white, right vs.wrong, fundamental truths of Christianity, as defined by over 200 years of Protestant oversight.

With four radical, second-wave feminists (Ginsburg, Breyer, Kagan and Sotomayor) on the court the decisions become even more contentious, resulting in dozens of 5-4 or 5-4 splits each year. When it comes to “women’s rights” nearly every case is split 5-4 with Justice Anthony Kennedy routinely siding with the radical feminists.

Justice Kennedy has always been the wild card in this game of thrones. He is a Catholic and is the most unpredictable justice on the court. He is all over the place when it comes to his decisions, which is why he is referred to as the “swing vote” on the court. And unfortunately, despite his Christian faith, he often votes to support radical, second-wave feminist ideology.

Kennedy’s unpredictability on these issues has confounded Catholics, as they question his continuing support for radical, second-wave feminism’s twisted ideology despite the fact that abortion, divorce, same-sex marriage and adultery are against his Catholic faith. But, thankfully, his voting patterns do, at times, reflect his Catholic faith and the Hobby Lobby case is an indication of that occasional awakening. He can take credit for Hobby Lobby’s 5-4 win.

Kennedy’s tendency to waffle is not evident in the remaining eight justices. They vote with precise predictability, rarely wavering from their core values. As expected, the Jewish justices always support radical, second-wave feminism’s ideology as defined by “women’s rights.” Jewish women, in particular, are especially susceptible to the lure of radical feminism. Why is this? In my opinion, it is a knee-jerk reaction to the teachings of the Talmud which states that men are far superior to women in every way. In fact, many Jewish men rise in the morning and say this prayer of thanks, “Blessed are you, Lord, our God, ruler of the universe who has not created me a woman.” For the modern Jewish women (Ginsburg and Kagan), radical feminism defines retribution and for the modern Jewish man (Breyer), radical feminism defines guilt. Sonia Sotomayor, although a Catholic, routinely sides with the radical feminists.

Those four radical, second-wave feminist votes are just as predictable in their outcome as the votes of the four Catholic justices Scalia, Alito, Thomas and Roberts. Happily, the predictability of these four men’s votes routinely reflect the very same Christian principles, and priorities, that were espoused by the Founding Fathers – God, Family and Country. Unlike the “living document” which is espoused by the first gang, these four men routinely vote as strict constitutionalists, doing what they can to keep the original intent of the Constitution well served.

Ms. Sotomayor was appointed to the U. S. Supreme Court in 2009 by Obama. She has proven herself to be another of Obama’s Current EVEntS – compromised, female, feminist and “Catholic.” As one of his henchmen, she aligns herself routinely with Judas, hypocritically betraying her faith for the pleasure of the powers that be.

Sonia Sotomayor, who is a woman, a minority, a Yale grad, a feminist, divorced, childless, and just coincidently, a Catholic. Despite her “faith”, she is solidly in the radical, second-wave feminist’s camp. There is no pretext of any serious ecclesiastical contemplation, or consideration, when she votes. Her ” judgements” are clearly one-sided and radically feministic in nature. She has, without a doubt, substituted the ideology of lesbian-led, radical, second-wave feminism for the tenets of her Catholic faith. Her radical feminist views are not only hypocritical, they are heretical. And for this, Ms. Sotomayor, should be publicly renounced by the Catholic Church, Catholics and Christians everywhere.